JavaScript is the new WordPress

JavaScript is the new WordPress 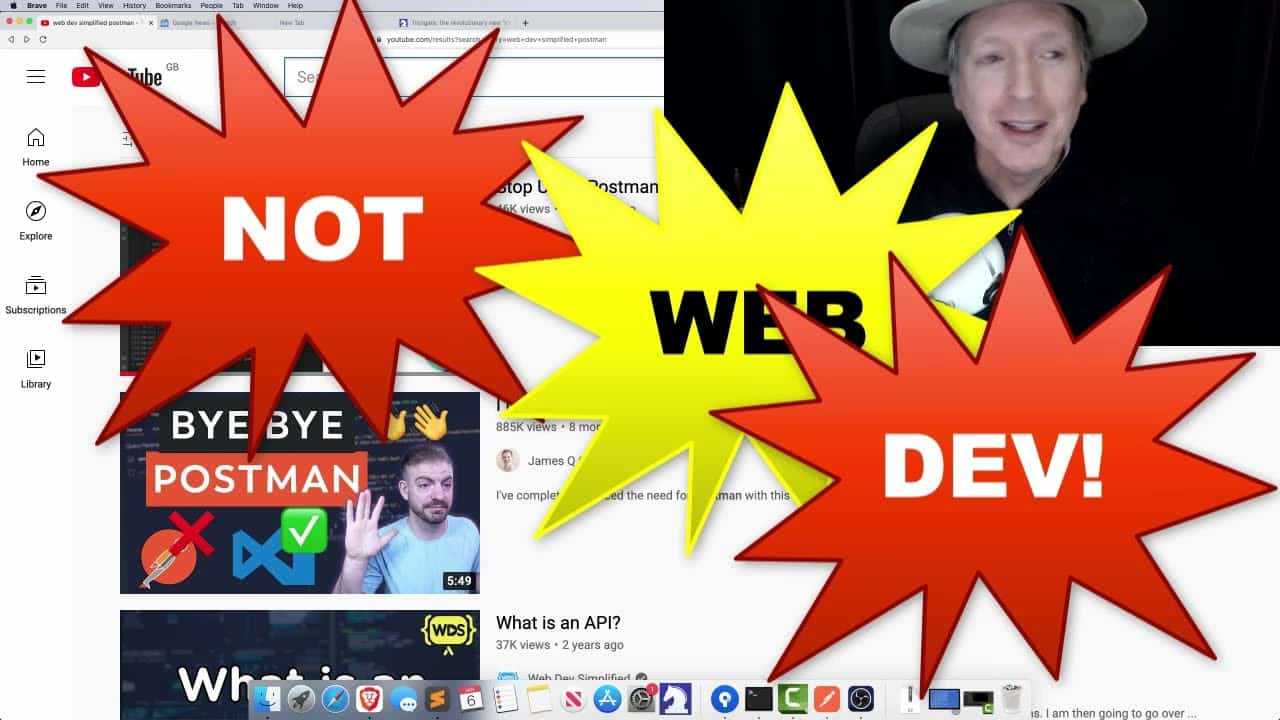 I like JavaScript. I use it every day – often for more than ten hours per day. I also think that some of the best innovations of the web development community have come from the JavaScript community.

But there’s a problem.

Here on YouTube, I’m seeing tidal waves of JavaScript developers putting out ‘point and click’ tutorials where fairly elaborate apps are being built at a remarkable speed. A speed that even I find impossible to keep up with!

I think it’s time we had an honest conversation about this. Let me be clear, I’m not having a go at JavaScript as a language or even developers who – like me – happen to use JavaScript. In this video, I’m putting forward the case that a certain kind of developer has emerged that has turned JavaScript into web development’s new WordPress.

Now, there’s nothing wrong with that. If that’s what you’re into then three cheers for you. However, there is one little fly in the ointment. Isn’t there?

You see, the moment you put the command line interface out of the picture it becomes rather apparent that the Millennial JS developers (and I am looking for a better phrase!) are basically playing the same sport as the WordPress developers. By that, I mean they are basically just installing third party stuff on a massive scale, bungling it together and then calling themselves ‘developers’. The real problem for the Millennial JS developers have is that WordPress is rather better at THAT kind of development. If ‘point and click’ is the way forward then I think WordPress is fifty steps ahead of everyone!

What’s NOT an opinion is that third-party library dependency never ends well. I stand before you as somebody who is now being forced to re-record about 400 videos because some third-party library developer either couldn’t be bothered renewing their domain or decided to suddenly rewrite everything.

Third-party library dependency is one of the biggest problems in web development today. It’s a type of development that gives a quick dopamine hit to those who are involved, but ALWAYS ends badly.

On this channel, I teach REAL web development – not how to bungle third-party libraries together. There’s a big difference and intelligent developers respect the difference.

This website uses cookies to improve your experience while you navigate through the website. Out of these, the cookies that are categorized as necessary are stored on your browser as they are essential for the working of basic functionalities of the website. We also use third-party cookies that help us analyze and understand how you use this website. These cookies will be stored in your browser only with your consent. You also have the option to opt-out of these cookies. But opting out of some of these cookies may affect your browsing experience.
Necessary Always Enabled
Necessary cookies are absolutely essential for the website to function properly. This category only includes cookies that ensures basic functionalities and security features of the website. These cookies do not store any personal information.
Non-necessary
Any cookies that may not be particularly necessary for the website to function and is used specifically to collect user personal data via analytics, ads, other embedded contents are termed as non-necessary cookies. It is mandatory to procure user consent prior to running these cookies on your website.
SAVE & ACCEPT
[newsletter_form]
<div class="tnp tnp-subscription"> <form method="post" action="https://www.dienodigital.com/?na=s"> <input type="hidden" name="nlang" value=""><div class="tnp-field tnp-field-firstname"><label for="tnp-1">First name or full name</label> <input class="tnp-name" type="text" name="nn" id="tnp-1" value=""></div> <div class="tnp-field tnp-field-email"><label for="tnp-2">Email</label> <input class="tnp-email" type="email" name="ne" id="tnp-2" value="" required></div> <div class="tnp-field tnp-field-button"><input class="tnp-submit" type="submit" value="Subscribe" > </div> </form> </div>